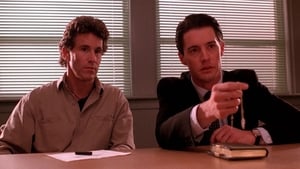 Is it funny to you?

Behind all things are reasons.

Reasons can even explain the absurd.

Do we have the time to learn the reasons behind the human being's varied behavior?

Some take the time.

Are they called detectives?

Watch and see what life teaches.


The "Traces to Nowhere" title is of course one of the unofficial German TV titles (but not a bad one compared to some of them!) whereas the episode itself was officially known as "Episode 1".

And here's a fun shot of the script courtesy of Dugpa user laughingpinecone, who said "there are some gems in the scripts but this... this... is so pure."