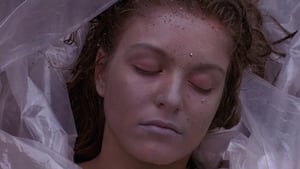 The small northwest town of Twin Peaks, Washington is shaken up when the body of the Homecoming Queen, Laura Palmer, is discovered washed up on a riverbank, wrapped in plastic.
Log Lady Introduction

My name is Margaret Lanterman.

I live in Twin Peaks.

There is a story behind that. There are many stories in Twin Peaks.

Some of them are sad; some funny.

Some are stories of madness; of violence.

Yet they all have about them a sense of mystery.

The mystery of life.

Sometimes, the mystery of death.

The mystery of the woods. The woods surrounding Twin Peaks.

To introduce this story, let me just say it encompasses the all.

It is beyond the fire. Though few would know that meaning.

It is the story of many. But it begins with one. And I knew her.

The one leading to the many is Laura Palmer.

Laura is the one.


The Pilot that changed TV and made most of us fans had the working title "Northwest Passage".

As I wrote in my first post about the Pilot there:

One of my favourite episodes alongside 8, 14, and 29. Unbelievably iconic. A stunning debut. Fantastic mise-en-scene, production, cast, everything. Probably the best pilot I've ever seen.
Click to expand...

What else can be said about the Pilot? Lots I'm sure! (And, on checking the Dugpa thread, I see I made several other posts about it - as did many others!)