Lynch in Spielberg's "The Fabelmans"

What did you find uninspired? What separated the scenes you like from the ones you didn't? What do you mean by "motionless"?

God, I can’t wait to see this film for myself.

I had no interest in it before this thread developed.

Tulpa said:
God, I can’t wait to see this film for myself.

I had no interest in it before this thread developed.
Click to expand...

The most contentious and passion-riven Tulpa thread ever is about . . . a Steven Spielberg movie.

It's funny, I had some problems with the movie, so I'm not THAT passionate about it. But I do think it's easily one of Spielberg's best in a very long time, and that it's a very interesting, complicated film. It's mainly because I myself was very dismissive of it when I saw the trailer, and I'm glad I gave it a chance. However if someone saw it and hated it, I don't really care, but I'd love to see a good critique of it, not just a barrage of vague insults.

I really dont care to elaborate too much. But I dont think i gave "vague insults", not VAGUE, nor INSULTS either. I saw it because Here there was some heavy insistence that the film was worthwhile, and in my opinion it was really bland and uneventful. Not very well directed, or performed. It was dull and too long. Forced and corny dialogue, cringe scenes. Not much of anything to grab. Thats all. English is not my first languague so to really elaborate on something I must really feel the need, and this film its not worthy of the effort. THATS ALL FOLKS

I watched it yesterday and I liked it. I wouldn't hail it as a masterpiece, but I think that it was very well made in every way. It's a subtle coming-off-age story about an upcoming artist and his family, and I'm weak for that kind of material because I always see myself in the characters.

I think that the main actor as well as Michelle Williams and Paul Dano were really good.

As for the Uncle Boris and John Ford scenes, I agree that they were memorable, and they're both very important for the main character's development, but they're also the least subtle and maybe even a bit over-the-top. To me, Lynch's scene, for example, is a bit more "cinema", while the more subtle parts of the film are more "real life".

All in all, since I haven't seen a lot of new films this year, at the moment I would call The Fabelmans one of my favorites.

P.S. I've only seen three John Ford films; there are some gaps to fill.

I had the opposite reaction to the Lynch scene. I thought most other scenes in the movie felt over the top and like "cinema" (Michelle Williams' performance was too much for me, just felt like "acting", but then again, was that what his mom was like? I've known mothers like that...), but the Lynch scene was hilarious because it wasn't about the wonders of cinema (but also it kinda is), and it's just this very curt, weird, sort of disappointing and tense interaction with someone (that is based word for word on Spielberg's own meeting with John Ford), and it's not inspiring in any obvious way, and it's a good reflection or mirror of the scene with his uncle, but at the SAME TIME, it ends up being inspiring after all because holy shit, this just happened? Spielberg plays things both ways in a really delicate balance there.

In regards to secretletter's post, sorry I'm not trying to pick on you, if you don't want to say why you don't like the movie that's fine. I find The Fabelmans to be well-directed by any reasonable metric I can think of (I mean it looks beautiful, the camera is very "alive", the shots are all very planned out and intentional and labored over, etc, etc), I mean Spielberg generally knows what he's doing and this was an important film for him. If we're talking performances, like I said, Williams performance stood out to me as kind of fakey, but I also wouldn't be surprised if that was totally intentional. One of the most fascinating things about the movie is the film not exactly telling you what's wrong with the mom, or how wrong things are (the entire film I felt very tense that she was just going to snap)...which is kind of exactly like real life, for those of us from dysfunctional families. As for the other performances, I liked everybody in it a lot. Dano is always great...the main kid is solid, etc. Not a huge cast, actually, but I thought everyone was great. Certainly not noticeably worse performances than your average film, right?
Last edited: Dec 27, 2022 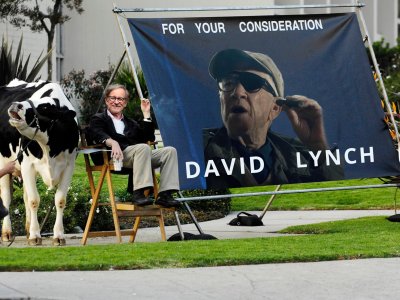 I haven't seen Tár yet, but based on The Fabelmans alone, I don't mind it winning these awards.

The Fabelmans is such an okay film.

Tulpa said:
The Fabelmans is such an okay film.
Click to expand...

Agreed. I enjoyed it, but it's nothing overwhelming or especially memorable.

The main thing I got from it is renewed interest in John Ford. Since watching The Fabelmans, I saw Stagecoach, My Darling Clementine, and The Man Who Shot Liberty Valance. (When I saw posters in Ford's office, it bothered me how many of those films I still haven't seen.)
Last edited: Jan 24, 2023

Besides Im Westen nichts Neues, which I thought was great. I also loved Top Gun: Maverick.

I'm sure there were other good or even great films released in 2022 as well. (By the way, the Academy Award nominations were announced today.)

To each their own but I could not stand Top Gun: Maverick. Do not get what all the fuss is about. The dialogue and script were pretty cringey and the flight scenes, while technically impressive, couldn't salvage the pretty lackluster movie parts of the movie for me. But let's not hijack this thread. Only 2022 film I would say I've truly liked so far is RRR.

Not sure what's merely "okay" about The Fabelmans, as I found it to be a complicated, fascinating work, executed very precisely and beautifully (not PERFECT, I had one or two issues), but I also dislike many movies that a lot of people here seem to love, so that's how it goes.
Last edited: Jan 24, 2023
J

I saw Fire of Love other week, may be my favorite film so far i've seen of 22.

I liked some parts of the Fabelmans more than others.

The thoughts on how film directing can be a place where one can control events, control the mood, emotions, when one can't control things one wished they could, ie. his parents' feelings for each other, interesting stuff. His parents' divorce sure looms large in his life, Close Encounters, ET.

There were parts where I thought the lead actor was miscast, and seemed to just be mouthing rehearsed/ memorized lines, and I felt like I was watching an audition or screen test. The line where he says he found Jesus in a jewelry store was well delivered though and made me laugh.

ARTICLE Dugpa: A Tour 30 Years in the Making