Kyle MacLachlan to appear at multiple conventions this year, if anyone's interested in attending. Am I right in saying attendance at such events is a rarity?

Otherwise, thread for anything related to Dale Cooper himself.


Actor Kyle MacLachlan will make his way to #CP2022!

He’s been in Dune, Blue Velvet & Inside Out. He's a Golden Globe winner for Best Actor in Twin Peaks and was also nominated for two Emmy awards!

Kyle MacLachlan is a star because he can do one thing better than anybody else: play decent guys with time-shares in the netherworld. ‘He's the person you trust enough to go into a strange world with,’ states David Lynch, who directed him in Blue Velvet, Twin Peaks, and Dune (1984), MacLachlan’s debut film.

Throughout his storied career, MacLachlan has worked with some of cinema’s most celebrated directors, including Oliver Stone, Steven Soderbergh, Alfonso Cuaron, Luca Guadagnino, Paul Verhoeven, and John Frankenheimer. Other notable film performances include Cliff Vandercave in The Flintstones, and the voice of Dad in Pixar’s Oscar winning film Inside Out.

He most recently co-starred in the Peacock series, Joe vs Carole, a dramatic depiction of the scandalous Tiger King saga. MacLachlan also co-stars opposite Jon Hamm in the film, Confess, Fletch, a reboot of the comedy classic Fletch to be released later this year.

A native of Yakima, Washington, MacLachlan is also an accomplished vintner with his own boutique winery, Pursued by Bear, crafting highly acclaimed wines from his home state. The name is a brilliant homage to perhaps the most famous of all stage directions, “exit, pursued by a bear,” of Shakespeare’s The Winter’s Tale. He sees a connection between acting and winemaking in terms of the combination and balance of process, patience, and creativity.
Click to expand...

More info on our site Spooky Empire – The Dark Side of Comic Con
Click to expand...

No time to waste, we’re jumping right into Spooky Empire October edition, and we’ve got a dream announcement today!

We are thrilled to announce that KYLE MacLACHLAN will join us at Spooky Empire, for 2 DAYS ONLY on Saturday, October 22 and Sunday, October 23 ,2022.

Kyle MacLachlan is best known for his role of “Dale Cooper” in the original “TWIN PEAKS” series as well as the continuation of David Lynch's cult series 25 years later.

Kyle has also starred in numerous other films and series including “Dune”, “Blue Velvet”, “Believe”, “The Flintstones”, “Sex and the City”, “The Doors”, “Desperate Housewives”, “Agents of S.H.I.E.L.D”, “Portlandia”, “Showgirls”, “The House With A Clock In It’s Walls, and most recently “Joe vs Carole” (as Howard Baskin).

Meet KYLE MacLACHLAN and many other spectacular guests this October 21-23, 2022 at the Orange County Convention Center, in Orlando, FL!

Hotel Reservations are now open at the Hyatt Regency Orlando. Special room rate of $154/night is being offered to Spooky Empire attendees. Book your rooms now at Hotels – Spooky Empire

Tickets on sale this FRIDAY including VIP Packages! Don’t miss the biggest show of the year!

Thanks to @eyeboogers for the hat tip on this one:

Kyle Maclachlan has been cast in Amazon's upcoming Fallout adaptation, according to Variety. The “Fallout” TV series adaptation at Amazon has added Kyle MacLachlan, Xelia Mendes-Jones, and Aaron Moten to its cast as series regulars, Variety has learned exclusively. The trio joi…

The show is based on the eponymous video game series by Bethesda Softworks. Variety reports that Maclachlan is a series regular and that production is scheduled to start later in 2022.

The iconic video game series takes design cues from mid-century predictions of what the 22nd century would look like. 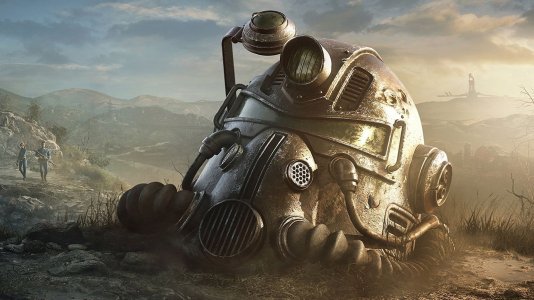 The long-gestating Amazon production was first teased in 2020.


Westworld's Jonathan Nolan executive produces and is set to direct the Pilot episode. Showrunners are Geneva Robertson-Dworet and Graham Wagner.

Did anyone see him on Peacock's Joe vs. Carol? I'm really not interested in Tiger King in 2022, but the fact that both Kyle and John Cameron Mitchell (Hedwig and the Angry Inch) are in it almost makes me curious.

Cappy said:
Did anyone see him on Peacock's Joe vs. Carol? I'm really not interested in Tiger King in 2022, but the fact that both Kyle and John Cameron Mitchell (Hedwig and the Angry Inch) are in it almost makes me curious.
Click to expand...

Hosting a true crime podcast in 2023.

This is a bit surprising. I had no idea that this subject matter and activity was a part of Kyle's sphere of interest, but I do know that some of these types of podcasts are tremendously popular. I see that he has a non-lead role in an upcoming true crime drama film, "Miranda's Victim," about what led to the creation of the Miranda Warning statement made by police in the U.S. ("You have the right to remain silent," etc.)

Here, There and Everywhere Podcast

ARTICLE Twin Peaks: The Return Is More Relevant Than Ever