A thread dedicated to the great French-Swiss filmmaker and thinker Jean-Luc Godard (1930-2022), widely considered one of the greatest and most influential directors in the history of cinema.

I've been intrigued by his work for more than a decade now, and after seeing more than 20 of his feature films and a few shorts, I'm interested in his opus more than ever. Well beyond the 1960s and the famous French New Wave phase, he continued to create challenging but ultimately rewarding work well into old age, up until 2018 and his last feature film, Le Livre d'image.

This year - which, unfortunately, also marked the year of his death - I began experiencing a renewed interest in his work, a certain thirst for his films which I satisfy by rewatching his most famous outings from the 1960s, but even more so by filling some gaps and turning my attention more to his later work, like Prénom Carmen (1983) and Je vous salue, Marie (1985).

Most recently, I saw 2 ou 3 choses que je sais d'elle (1967) for the first time, and found it terrific - I instantly considered it one of my favourite films of his. With a strong emphasis on themes like the nature of language, its correlation with thoughts and reality, and everything in between, it reads more like an essay than a conventional film - albeit with beautiful images. Like most of his work, it also invites readers to invest themselves completely, analyze what they've seen, and rewatch. Like most great art, his films cannot be absorbed at once and then forgotten about. 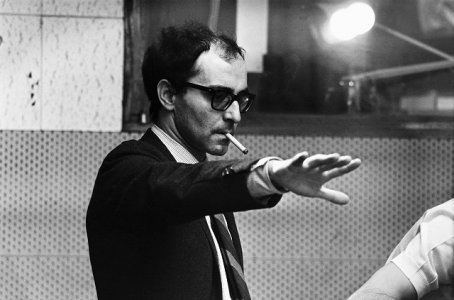 So what are your thoughts about the work and legacy of Jean-Luc Godard?

Some potentially exciting news (if proven to be true): Jean-Luc Godard’s ‘Scenario,’ His Last Film, Might Get Released — World of Reel

It struck me as odd that he decided to end his life without finishing the two projects he talked about a year or two ago, but I figured that the films might actually already be finished and get released posthumously. This rumor reignites my hope!

How reliable is Jordan Ruimy? I remember his name being mentioned a lot during the David Lynch/Variety rumors frenzy. Godard complained that “in American films people were always acting, which to him was a cardinal sin,” Ringwald recalled.

I love Pulp Fiction and I like most Quentin Tarantino films, but I enjoy it when people are critical of him, since he tends to be so critical of others (like David Lynch and FWWM), so it's nice to hear that a giant like Godard didn't think much of his best film.

S
Sleep Has Her House: Has anybody seen it?

What are you reading?

Moth in The Grandmother