Hello film lovers. This thread is dedicated to the Dutch idiosyncratic director Alex van Warmerdam. He is a playwright, director, writer, poet, actor, painter and he likes to fiddle with homebrew experimental music for his films. His artistic take on film clearly shines through in his work. It is uncompromising and original, using surreal elements and fantastical plot devices. Notable is he uses his paintings as base for screenplays, which shows. Here in the Netherlands some give him the moniker ''the Dutch David Lynch''. In some ways this would be certainly a compliment, being compared to one of the most acclaimed creatives of our time. Yet, in another sense it does injustice, since his work is very much his own.

His most famous work is Borgman.. It was a nominee for the Palme d'or and certainly his most surreal work. A-R-T.

In more recent years he released Schneider vs. Bax, largely a thriller lathered with black comedy, it's probably his most grounded film, although the underlying surrealist sensibility is undeniably felt.
After that he made his 10th film: Nr. 10. Which was released in the past year. Enigmatic, and the less said about this film, the better.

For a very decent classic of his I recommend The Northerners. I found this which best sums it up: ''During the summer of 1960, the idiosyncratic residents of a one-street Dutch suburb collide in intertwining stories of desire and frustration.''.

Anyway, I'd be curious if any of you are familiar with his work and your thoughts on it. If not, I highly recommend entering the mind of this omnipotent madman.
Last edited: Jun 10, 2022

I didn't know about him - it sounds great, thank you! 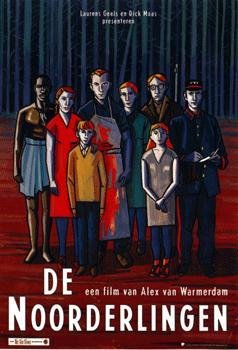 Moth in The Grandmother