PODCAST Back to the Double R 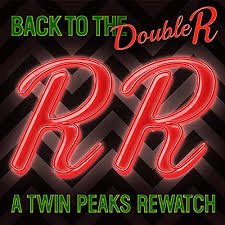 Can’t a lady just enjoy a Bloody Mary in peace? At least one sleazeball trucker is no longer able to convey his opinion on the subject. But what a week! Family trees are revealed, Blue Roses come to light, and the Fireman—formerly Himself of the seven question marks—slurps up Andy Brennan for a “Previously On…” for the ages. Meanwhile, back at the 4-top: Colin is getting moody; Jennifer isn’t in Kansas anymore; Jonathan goes full circle with Deputy Andy Brennan; and Damon is serving up some history. In the Twist, we ponder the tulpa and ask whether any of your humble co-hosts grew up with an imaginary friend!
Click to expand...

It’s an episode for the ages! First we’re up, soaring in the bright blue sky, then we’re brought low, as a dimming light darkens for the final time. How much emotion can Messrs. Lynch and Frost pack into an hour? They’re certainly taking us on tour of our feels this week in Part 15: There’s some fear in letting go. But this isn’t our first rodeo, or yours either! Tune in as we celebrate the rapturous smooch of Ed & Norma, then Jennifer hearts on Hutch & Chantal; Damon pulls back to reveal a wider, weirder elsewhere; Colin is seeing things in a new light; and Jonathan honors the inimitable and unforgettable Catherine Coulson and her beautiful performance as Margaret Lanterman. A true gem in life and on screen, and we were lucky to get to watch her do this work. For the Twist, we offer a personalized travel guide to some real-world spots that could be straight outta the Lynch-verse!
Click to expand...

Will the real Dale Cooper please stand up!! Things are popping off, and we don’t just mean irritable accountants! This is an episode where electricity is put to diabolical use, tulpas are coming and going, and the FBI is on the move in the best possible way. Gas up the jet, gang, because this is Part 16: No knock, no doorbell! This astonishing week: Jennifer monitors mysterious soundscapes; Damon checks Agent Cooper’s vital signs; Jonathan reveals hidden truths about Diane Evans; and Colin asks if Twin Peaks is life. For the Twist, we join the magical Sherilyn Fenn on the dance floor and move to the groove that is “Audrey’s Dance.”
Click to expand...

It just doesn’t get any bigger than this, folks! (Or does it? No, it couldn’t. Could it?) For all the marbles, this week we’re going to learn who Judy is, battle Bob himself, ask a special favor of Phillip Jeffries, and tinker with the very fabric of reality! You know, like you do. There’s so much to cover in Part 17: The past dictates the future that we’re taking it section by section: Jonathan questions some of Agent Cooper’s choices; Jennifer ponders public brawls; Colin solves the puzzle box at long last; and Damon contemplates the epistemic implications of hitting “UNDO.” For the Twist, we cast an eye backward and think about what we have missed as this season draws to a close.
Click to expand...

Denouement: An ending that isn’t an ending for a TV show that isn’t a TV show. In this final episode of Twin Peaks, we’re through the looking glass and into an eerie new realm that might even be our own. If it’s Thursday, this must be Part 18: What is your name? As we venture across time with Cooper and Diane, or Richard and Linda, we are savoring this long, strange trip and sending our gratitude to you our there in Listener Land for riding shotgun. This week: Damon takes in the silence; Jennifer eyes the latest Dale Cooper with suspicion; Jonathan contemplates the full circle; and Colin sees a warning in the illusion of knowing. For the Twist, we ask the inevitable post-Part 18 question: Should there be a fourth season? But wait! We’re not done yet! Stay tuned for more episodes looking back on Back to the Double R’s adventures in Rewatching!
Click to expand...

Book Club is back in session! After the epic inter-temporal wipeout of Part 18, we pick up the pieces and turn to the slender tome known as The Final Dossier, which is the last of our in-Peaks books (though we will be sticking our noses in other books of the Lynch-verse down the road). One Mr. Mark Frost does a deft job of wrapping up various storylines in bows of various tones, both sad and silly, and he fills in a few lingering points of order and chaos. Please open your texts, then, and turn to page infinity. This week: Damon makes his case that much less is much more; Jennifer spins you right ‘round, baby, right ‘round, like a record, baby, right 'round, ‘round ‘round; Colin highlights (and underlines) the show’s deep themes in Margaret’s final reflection; and Jonathan ponders the meanings of questions and answers alike. For the Twist, as with all our bookish episodes, we ask, “Is it canon? And do we care?”
Click to expand...

The circle is now complete! We started our humble rewatch adventure with you roughly a year and a half ago, and in that time, we have worked our way through 48 episodes, a pile of books, and several tasty Specials. Now, not unlike our earnest Man in Black, we go back to where it all started: the pilot episode of the series! But wait! Because this is Twin Peaks (and Back to the Double R), there’s a Twist! We couldn’t resist the opportunity to go back and change history. Instead of the standard pilot, we watched the infamous “international pilot,” with its twenty-odd minutes (and they certainly are odd) tacked on to the end. It was the best of both worlds, a chance to reflect on that very first episode and to contemplate alternative universes that just don’t seem quite right. This week: Colin investigates the Lynch magic that made us instant, rabid fans; Jonathan reaches back for Sheriff Harry Truman and How It Started with Cooper; Jennifer is seeing Bobs within Bobs, and other multiplicities; and Damon says it was always going to end like this. For the Twist, we savor the sweetness this alternate universe offers us via a snapshot of the wacky home life of Lucy and Andy.
Click to expand...

Let’s bring it on home, folks! In this super-sized sendoff, we reflect on the rewatch adventure we went on with you, dear listeners, and we ponder some deep questions about what makes this show magic, after all these years (and in at least three different universes).

With 18 months of coffee, kismet, and conundrums under our belts, we close the conversation with: Jennifer, on the singular voice and presence of our beloved Julee Cruise; Colin, on what we learned bringing you this humble pod; Damon, on the ultimate theory of what Twin Peaks really is (!!!); and Jonathan, on the dichotomies and dualities that echo after the final curtain.

For our last Twist (for now), we wrangle over the Top Ten Greatest Episodes of Twin Peaks, According to Us, At Least For This Week. And with that, we come to the end of our focus on “Twin Peaks”—but we’re not abandoning you in the dark woods! Starting in July, we transition to the wider world of the Lynch-verse and switch to our new monthly format—first up: Lynch’s 1997 masterpiece, Lost Highway
Click to expand...

Hello friends of Back to the Double R! In the closing hours of July, we are sneaking in our first new monthly installment of our hot take on the wider Lynchverse and associated delights. First up: 1997’s exquisite “Lost Highway,” a true Lynch joint through and through, with a number of twists that will definitely follow you home in the dark. Join us back at the 4-top as we navigate our way through the echoing realities and ominous interlocutors that make David Lynch David Lynch. This month(!): Damon is seeing similar patterns from different angles; Colin is flipping through a Field Guide to Human Consciousness; Jonathan is talking true crime, before and after; and Jennifer is cranking up the machinery for recording memories. For the Twist, we break down the road trip mix in “Lost Highway” and find it to be potentially running on fumes.

Howdy, listeners! Our minor time-slip continues to cause static in our temporal continuity, but we are delighted to bring you our September episode, in our new monthly format, with a deep dive into the wild lives of Sailor and Lula, the twin atomic explosions that drive David Lynch’s comparatively light-hearted adventure, “Wild at Heart.” In this jam-packed episode of Back to the Double-R: Jennifer is giving her communications technology expertise a spin; Jonathan busts out some rockin’ production notes and salutes the “lovers on the run” theme; Colin goes to the bookshelf to think about fables; and Damon goes over the rainbow. For the Twist, we ask, “What other genres would we like to see Lynch put his personal spin on?”

And join us later in October as we go back, back, back in time to the black-and-white horrorshow that started it all: Eraserhead!!

If it’s Halloween, this must be Eraserhead!! Greetings, dark spirits and woodspeople of all shapes and sizes! Welcome to Back to the Double R’s Very Special Horrorshow, in which we wander through the industrial and psychological wastelands of David Lynch’s first creature feature film, Eraserhead. What better way to celebrate the Spooky Season than in lush black and white, and claustrophobic paranoia? In this episode, Jennifer spots Eraserhead lurking throughout Twin Peaks; Jonathan dissects Lynch’s sympathy for the grotesque; Colin plunges through the inescapable surreal; and Damon comes face to face with the clutches of parental anxiety. For the Twist, we examine the stripped down production techniques of black-and-white film and minimal dialogue and ponder how they can send shivers right down us!

Next month, it’s our long-rumored Musical Episode (well, sort of) in which we groove to Angelo Badalamenti’s timeless Twin Peaks soundtrack via Clare Nina Norelli’s book in the 33-1/3 series, available now via your local independent bookstore

Our tribute to a master. In November, we recorded our episode on the soundtrack to Twin Peaks and the excellent Clare Nina Norelli book in the 33-1/3 series that honors it so well. Then, in early December, we learned that Badalamenti had passed away, and our tribute became a remembrance. In these dark nights, as we crowd around the fire, alone or with those close to us, we are thinking about the magic that Maestro Badalamenti gave us. Wishing everyone a safe and joyful season, and a hopeful turn back toward the light…